A little press from the 2010 Outdoor Retailer Industry Focus Screenings 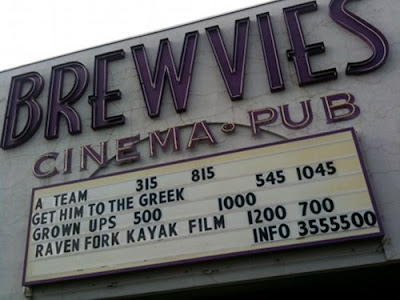 While some might think the whitewater industry is treading water, one filmmaker is banking that audiences will lap up the newest river film to hit the silver screen. Raven Fork, produced by Thomas Oliver, is playing two industry focus group screenings during the Outdoor Retailer 2010 Summer Show in Salt Lake City, UT.

It isn't another documentary. Instead, this is the first-ever feature-length dramatic kayaking film to huck its way into Hollywood. The storyline examines the beauty of nature, importance of friendship and unpredictable perils of fate through the eyes of a band of Southeast Kayakers.

In a nutshell: Living in the mountain of North Carolina, two friends Dave (Glenn Laplante) and Blake (Frank Jordan) find life, friendship and adrenaline traveling from kayak trip to kayak trip. After making plans to run the Class V Raven Fork deep in the Appalachian wilderness, a tragic river accident and self destructive tailspin highlights the plight of the human spirit's desire to prevail.

"I always knew I was going to do a kayak feature, but wanted to do something relevant that hadn't been seen before." said Oliver, whose production follows his first release, Green River: On the Down Low. "I wanted to do something that paddlers could enjoy but would also be well- received by the mainstream. It cut through a lot of the 'dude factor' you see in other kayak films."

While the plot isn't based on a true story, it draws upon Oliver's 15 years of kayaking. All of its actors, including Lunch Video Magazine's John Grace, are experienced paddlers doing their own stunts.

"It has elements for everyone," Oliver added. "A lot of people are surprised that it's a solid story. Core paddlers can relate to its emotion, adrenaline and friendships, while those outside the sport get an authentic look at the paddlesports culture."